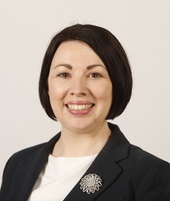 Statistics published this morning by Public Health Scotland covering the last quarter have demonstrated the damage done to the NHS by the Scottish Government’s failure to provide and implement a proper NHS recovery plan, Scottish Labour has said.

The statistics have shown that at the end of June 2020 of the 98,332 patients waiting for a key diagnostic test for conditions such as cancer, 64.6 per cent had been waiting for over the target 6 weeks.

The statistics also show that only 3 per cent of patients waiting for an inpatient or day case procedure had been waiting for less than the 12 week Treatment Time Guarantee. 29.9 per cent of patients had also been on the waiting list for over 24 weeks, which Scottish Labour said was a sign of the SNP’s failure to address long waiting times before the COVID-19 pandemic.

“SNP Ministers were failing to deliver timely healthcare before coronavirus and locking down the NHS without a plan to restart it has exacerbated this crisis, leading to unthinkable waiting times.

“With vital targets being missed by miles, and thousands of patients queuing for treatment and tests, serious questions must be asked about the Health Secretary’s failure to steer our NHS through the pandemic.

“Jeane Freeman emptied our hospitals and cancelled thousands of appointments and it’s taken her five months to slowly get services up and running.

“With thousands of Scots waiting for key tests and languishing for months without treatment it is vital a plan to fully kickstart and support our NHS is implemented.

“Delays are putting patients at risk and that’s why Ministers should be focused on their needs.”

Due to a reduction in referrals and reduced levels of testing from March onwards, the distribution in the length of time patients had been waiting had changed significantly: